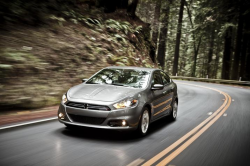 Could a wounded Dodge Dart clutch lawsuit finally be coming to an end? It's certainly been a wild-ride. The now five-year-old lawsuit says the clutch in the 2013-2015 Dart can drop and stay on the floor. Stellantis (formerly Fiat-Chrysler when the lawsuit started, formerly-formerly just plain ole' Chrysler) contends they addressed this problem with multiple service bulletins and customer satisfaction campaigns.

An attempt to start a nationwide class-action by multiple plaintiffs was denied certification in 2018. The case has since morhped into one plaintiff representing California residents with C635 manual transmission Darts built on or before 11/12/2014.

But the automaker took a recent blow as well as their request to limit any settlement to original owners only was denied because it would free of any significant damages if liability were found.

So where does that leave us? The chances of a settlement look good but no-one knows when that'll happen for sure. So the lawsuit lives on.