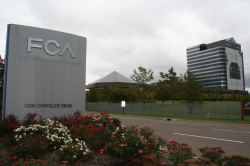 Is that a light at the end of the Takata tunnel? Fiat-Chrysler (FCA) says they’ve entered the _ fourth and final stage_ of Takata recalls with a campaign to replace the passenger-side inflators in 1.6 million vehicles.

The Chrysler 300 and Jeep Wrangler are also involved.

FCA has replaced nearly 4 million inflators in a series of recalls dating back to 2014. The defective part is responsible for at least 23 deaths and 300 injuries.